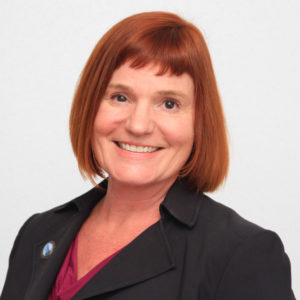 To capture this moment, I caught up with Alison Becker, Senior Advisor to Councilman Buscaino. He has given her the responsibility of “making the Warner Grand renovation happen.” Her job is to keep the project on track. She leads weekly meetings with me, as the representative from Grand Vision Foundation, and City employees with relevant roles from at least four City departments including the Department of Cultural Affairs (DCA) Performing Arts Program which operates and manages the building. That’s how you know a project is important at the City of Los Angeles – when the departments hold weekly meetings together.

I asked Alison these questions recently over Zoom:

Why did this restoration project get started?

Even before he took office, my boss Councilman Joe Buscaino knew that Grand Vision had been advocating for the Theatre for a long time. He was aware that the building needed major improvements, both in terms of preservation and technical functionality. He shares the community’s vision for the theater as a hub for cultural and artistic events and an anchor for economic revitalization. As a local resident who likes to attend performances and perform himself, he has a long-standing interest in seeing the theater succeed. It’s very personal to him. 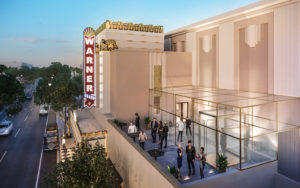 How/why was the architect SPF:a selected?

Once we got the funding secured in 2019, we issued a request for proposals to a prequalified list of architectural firms, which is how the City operates. A call was released a year and a half ago and we reviewed the proposals with the City’s Department of Cultural Affairs (DCA) and Grand Vision. Everyone agreed that SPF:architects was the most qualified. They displayed a sensitivity to historic preservation and had experience restoring the Hollywood Pantages. 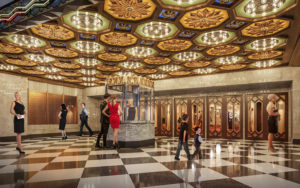 In the Spring of 2019, we selected SPF:architects for the planning phase of the project, which was to draw up a feasibility study, with detailed budget information and architectural renderings. The renderings and plans they produced, while some are aspirational, are very inspiring and show the potential of the theater.

After this plan was completed, we were able to select them as the project architect.

What does the entire renovation cost?

The entire renovation is over $30 million. Since, to date, we have secured $10 million, we are dividing the project into phases. We will take on the restoration of the auditorium in the next phase.

What improvements are included in this first phase of the restoration?

We are focusing on the public spaces in this first phase. We are working from a list of improvements by priority that we asked DCA and Grand Vision to submit. We’re emphasizing the lobbies, the bathrooms and improvements to the electrical and plumbing systems. One of the most important projects is a lobby elevator. We also plan to paint the exterior, refresh the marquee, restore the lobbies in conjunction with Grand Vision Foundation, do some backstage upgrades to increase the stage’s functionality, and rethink the box office and manager’s office to create more efficiencies. We have to keep in mind since the Warner Grand is a very old building, once construction starts unknown conditions may be discovered. This could cause costs to increase and not every one of these projects may get done.

What are the main obstacles or concerns you have right now about progress?

I don’t see a lot of obstacles but I know that while we and the community feel a sense of urgency, the City takes a long time to do projects of this size. The challenge is to calibrate our expectations and not become frustrated about the timeline or the expense.

It was never a question of if the Theatre should be restored, but a question of how. But as you remember, Liz, from Redevelopment Agency days, the Warner Grand was identified as a driver for the area’s economic development, and its restoration was always at the center of the arts district plans for downtown San Pedro. Our job has been to advance those plans. We want to stop studying what needs to be done and get it done!