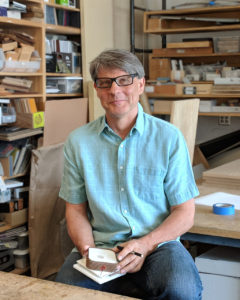 Founded in 1990 by Zoltan Pali, FAIA, and his wife Judit Fekete-Pali, Culver City-based SPF:architects (SPFA) is an award-winning firm known for both commercial and residential projects. Among their many projects, they previously led the 2000 renovation of the B. Marcus Priteca-designed Pantages in Hollywood and the design of the Wallis Annenberg Center for the Performing Arts which combined a new extension and re-imagining of a 1933 post office in Beverly Hills.

Born and raised in Los Angeles, Zoltan has also worked on the restoration of the Getty Villa, restoration and renovations at the Greek Theatre in Griffith Park, and collaborated with Renzo Piano on the Academy of Motion Pictures Arts and Sciences Museum. SPFA design for the Wallis was honored by the California Preservation Foundation.

San Pedro is fortunate to have such a prestigious Los Angeles architectural firm at the helm of the Warner Grand’s renovation.