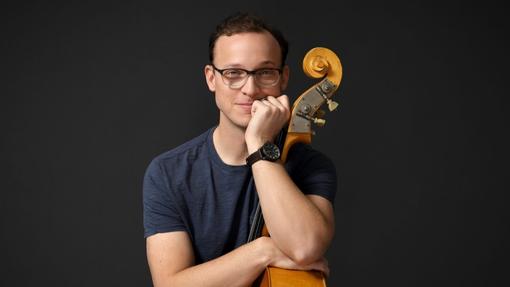 with pre-concert wine tasting at 7pm

Over the last two decades, cellist, singer-songwriter, storyteller and earth justice activist, Ben Sollee has distinguished himself as multi-faceted creative, blurring the lines between classical and folk, bluegrass, jazz using techniques that take the cello down innovative paths.

A native Kentuckian and graduate of the University of Louisville School of Music, Sollee has released 6 studio records and nearly 10 EPs garnering praise from the New York Times and NPR. His music has been featured in tv shows such as Weeds and Parenthood. As a composer he has created music for stage, screen, virtual reality apps and earned a regional Emmy Award for his 2018 score for NBC special BaseBallet: Into the Game.

Sollee has collaborated with a long list of recognized artists including Trampled by Turtles, The Head and the Heart, and My Morning Jacket.

Enjoy a pre-concert wine tasting led by sommelier JP Molinari. 7:00-7:45pm. $16 or free for members Friend level and above.