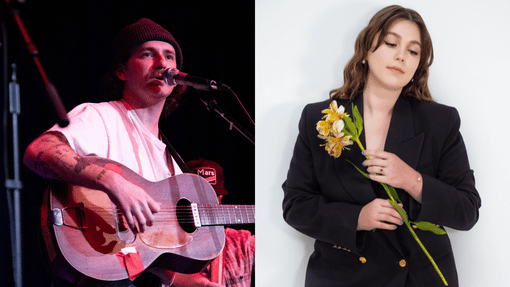 Alt-rock singer-songwriter DCR Pollock, an LA local, has made a name for himself by creating music with a biographical approach that resonates with the masses. His latest release ‘Bark!,’ is about his struggles with loneliness and vulnerability. “Curled up on a van floor, cut off at the corner store. You know I’ve never felt so damn alive, or alone before,” he sings.

Other People Records picked up his label, creating his debut album earlier this year, Call the Dogs Off. Pollock draws on his experience as a laborer to build his music, “How much time do you think I’ve lost? Just staring at a warehouse clock. Move that barrel, lift that box. Hell, man, it’s a job. Don’t you worry, come next year. We’ll be on our feet, I swеar. Are these dreams or they prayers?” Pollock will be performing songs from his latest album at the Grand Annex with his full band.

Indie pop singer Izzi Ray performs emotional melodies from her latest album Self Untitled. Born in Southern California and raised in Northwest Montana, her artistry reflects the contrast in her upbringing. From a sentiment of not knowing where to belong, she creates music aspiring to make beautiful things as reminders to continue to breathe, grow, love, and savor each day. Drawn to emotional melodies and expressive production, her writing is a breath of fresh air, rich with therapeutic reflections. Izzi has released four full-length albums, which she calls an “autobiographical snapshot of the season of life in which it was made.”