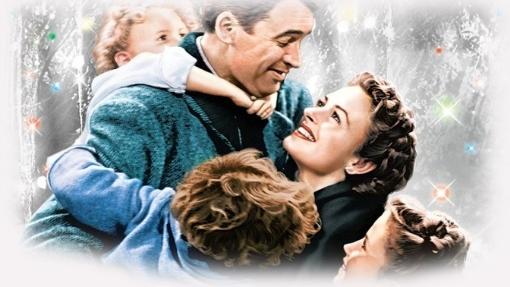 Join us at the historic Warner Grand Theatre for this holiday classic and see Frank Capra’s little film that could.

It’s a Wonderful Life is a 1946 American Christmas family fantasy drama film produced and directed by Frank Capra, based on the short story and booklet The Greatest Gift, which Philip Van Doren Stern self-published in 1943 and is in turn loosely based on the 1843 Charles Dickens novella A Christmas Carol. The film stars James Stewart as George Bailey, a man who has given up his personal dreams, in order to help others in his community, and whose suicide attempt on Christmas Eve brings about the intervention of his guardian angel, Clarence Odbody (Henry Travers). Clarence shows George how he, George, has touched the lives of others and how different life would be for his wife Mary and his community of Bedford Falls if he had not been born.

The City of Los Angeles requires all attendees to show proof of vaccination or a negative PCR test taken within 72 hours and to wear a mask at all times other than while eating or drinking.

The Warner Grand Theatre is a facility of the City of Los Angeles Department of Cultural Affairs.

All theater attendees ages 12 and up are required to wear a facemask and to show proof of full vaccination. Those who cannot get the vaccine for religious or medical reasons must show a negative test taken within the previous 72-hours.